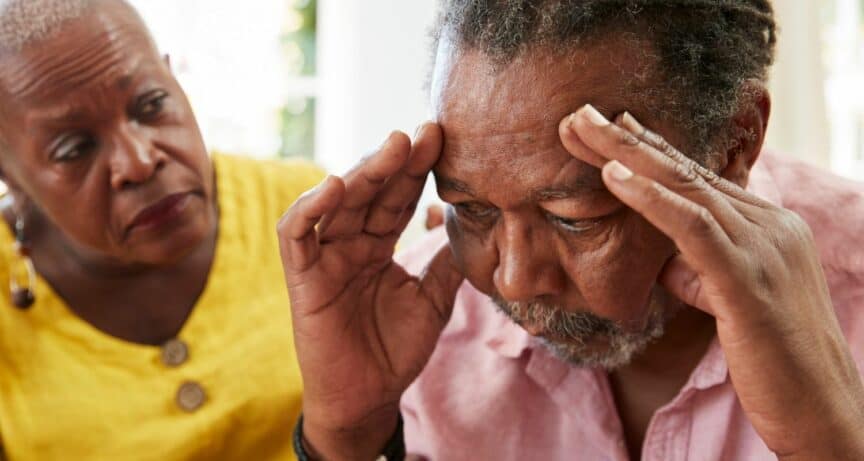 We’ve all heard that ringing in our ears at some point. It can happen anytime, whether after a rock concert, a baseball game, or a double shift at work. For the most part, the ringing stops within a short time. But what if it doesn’t go away? That’s when you’ll realize you’ve got tinnitus. According to the Hearing Health Foundation, tinnitus is a prevalent condition that regularly affects roughly 10% of Americans.

What exactly is tinnitus?

Tinnitus is characterized by the perception of sound without any external cause. The crucial thing to remember is that you hear a tangible sound, not just imagining ‘noises in the head.’ It’s a symptom, not a sickness in and of itself.

Tinnitus can take many different shapes. It might be quiet or loud, continuous or intermittent, in one or both ears, and sound like it’s coming from the middle or top of the head! The sound usually rings in the ears, but it could also be a whooshing or roaring sound. Thus it can be of any pitch.

There are two types of tinnitus:

In rare cases, people will have tinnitus that matches the beat of their hearts. This is referred to as pulsatile tinnitus.

The following are the most common causes of tinnitus:

Aging: This is because hearing deteriorates over time, and hearing loss is strongly linked to tinnitus, with tinnitus occurring in nearly 90% of all cases of hearing loss. According to the American Tinnitus Association, those between 60 and 69 are the most likely to report tinnitus.

Noise exposure: Those routinely exposed to loud noises are at an increased risk of developing tinnitus. Those who engage in high-risk industries such as farming, construction, or the military face occupational dangers. There are additional dangers associated with certain recreational activities. Those who wear earphones a lot and attend noisy concerts and sporting events are at risk. Tinnitus caused by one-time loud occurrences usually goes away after a while. However, repeated exposure to these sounds can result in lasting damage.

Impacted Earwax: Earwax is a crucial component of your inner ear. It prevents dirt from getting into your ear canal and reduces the growth of bacteria. However, if too much of it, it may be challenging to remove naturally. Tinnitus is caused by irritation of the eardrum.

Other types of tinnitus are less common, such as:

Several drugs might produce or aggravate tinnitus. When you stop taking the medicines, the noises typically stop.

What tinnitus treatments are available?

Although there is no medical cure for tinnitus, many patients find that one or more of the following treatments help them manage their symptoms:

A good pair of hearing aids that are properly adjusted will help to alleviate the discomfort. The signal-to-noise ratio decreases as your hearing ability improves, lowering your tinnitus experience.

This gadget resembles a hearing aid, but it is only indicated for people who do not have hearing loss. It works similarly to a white noise machine in that it emits noises that activate the majority of the hair cells in the cochlea, lowering tinnitus perception.

This is a spoken therapy that has three benefits. It tries to change a person’s attitude toward tinnitus and offers methods to divert attention away from the symptoms and stress-management techniques.

If you think you might have tinnitus, contact us today! For years, we’ve worked with tinnitus in veterans, seniors, and other high-risk groups. We provide a variety of treatment alternatives to help you forget about your tinnitus and get back to enjoying your life as you see fit.